Cerro Grande, Honduras – Pastor Joel has been living and serving the community of Cerro Grande for five years, along with his wife and two young children.  In that time he has seen very little interest from the families of the village about the message of Christ.  In fact, he has been so discouraged that he has been praying for the past year about leaving Cerro Grande and the ministry altogether.

On top of Joel’s discouragement, the church building was in need of major structural repairs.  After the devastating hurricane that swept through Honduras in fall of 2020 the walls were starting to deteriorate.

Despite the lack of interest in the Gospel message, Joel’s heart was still moved by the poverty around him and the families’ great need for Jesus.   One family in particular, Milton and Daniella, desperately needed a pila, or a water storage system.  Moved by their need, Joel took it upon himself to take a second job as a coffee picker in order to earn the money to pay for the construction of the pila himself.

Much to Pastor Joel’s shock, in the spring of 2021 Create Hope stepped in to repair the walls of the church building.  That is when something amazing began to happen among the people of the village.  Seeing the walls of the building being repaired and coated, many families gathered at the church building to help, as is customary in the culture.  While they worked together on the building, Joel began to build and strengthen relationships with many of the families.  It was through those relationships that God began to soften the hearts of the people of Cerro Grande.

HOPE Coffee heard about how the community was beginning to respond to the Gospel message, as well as about how Pastor Joel was working to pay for a pila himself.  With Joel’s permission, HOPE Coffee funded the entire pila for Milton and Daniella.  Joel and the families who helped repair the church building were so incredibly excited that all of them showed up to help construct the pila, as well!

Through the pila project Pastor Joel had the opportunity to learn a little bit more about HOPE Coffee and how people and churches throughout the United States provided the funds through their purchases of coffee.  He also learned that these same people were praying for him and his ministry after the last project in Cerro Grande. Breaking down in tears, Joel was completely overwhelmed. Knowing that there were so many Christians supporting him in his ministry gave Joel a renewed sense of passion and purpose. Joel knew at that moment that God was leading him to continue on in his ministry to Cerro Grande.

You are making a difference.  You are changing lives. 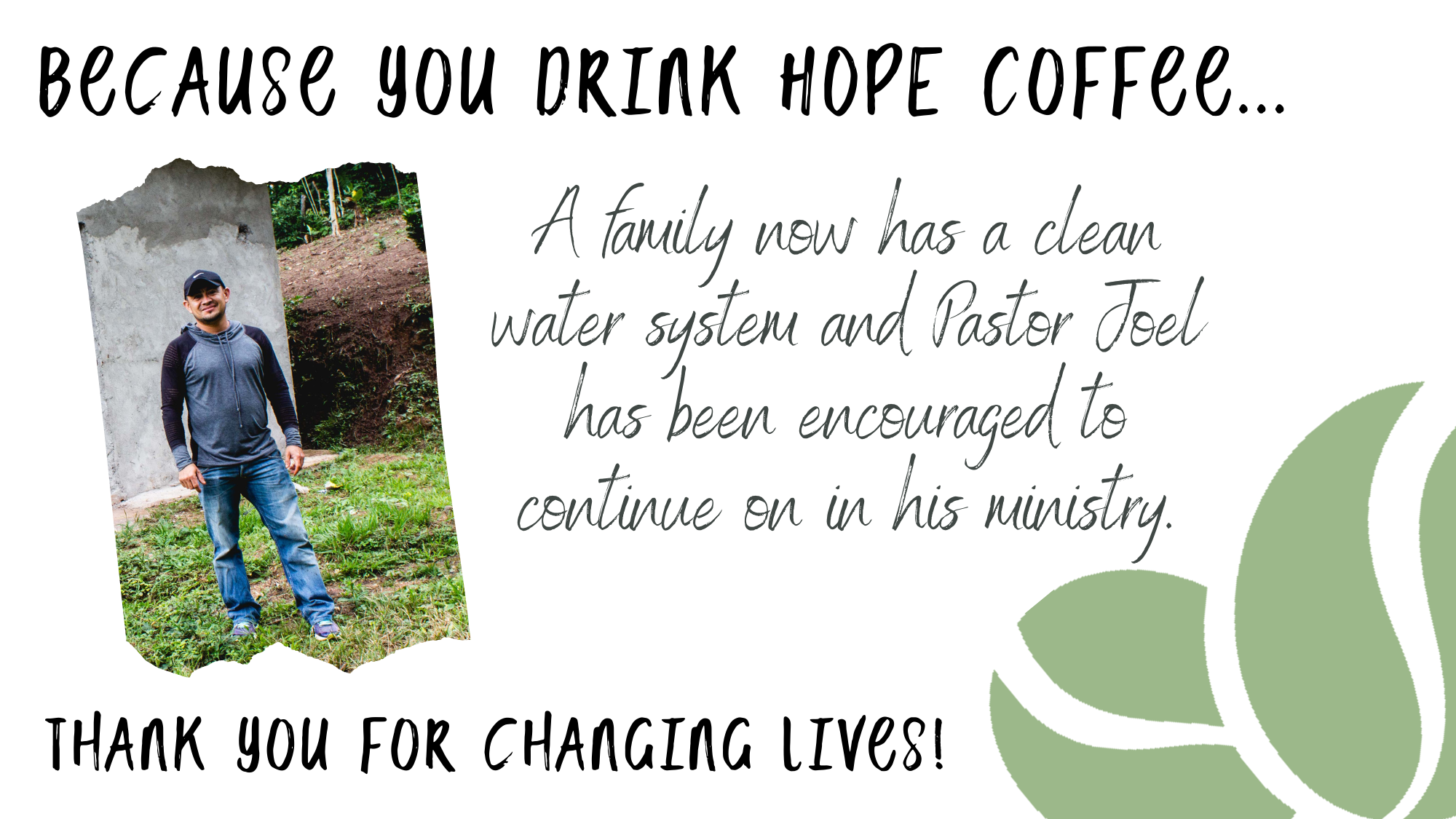