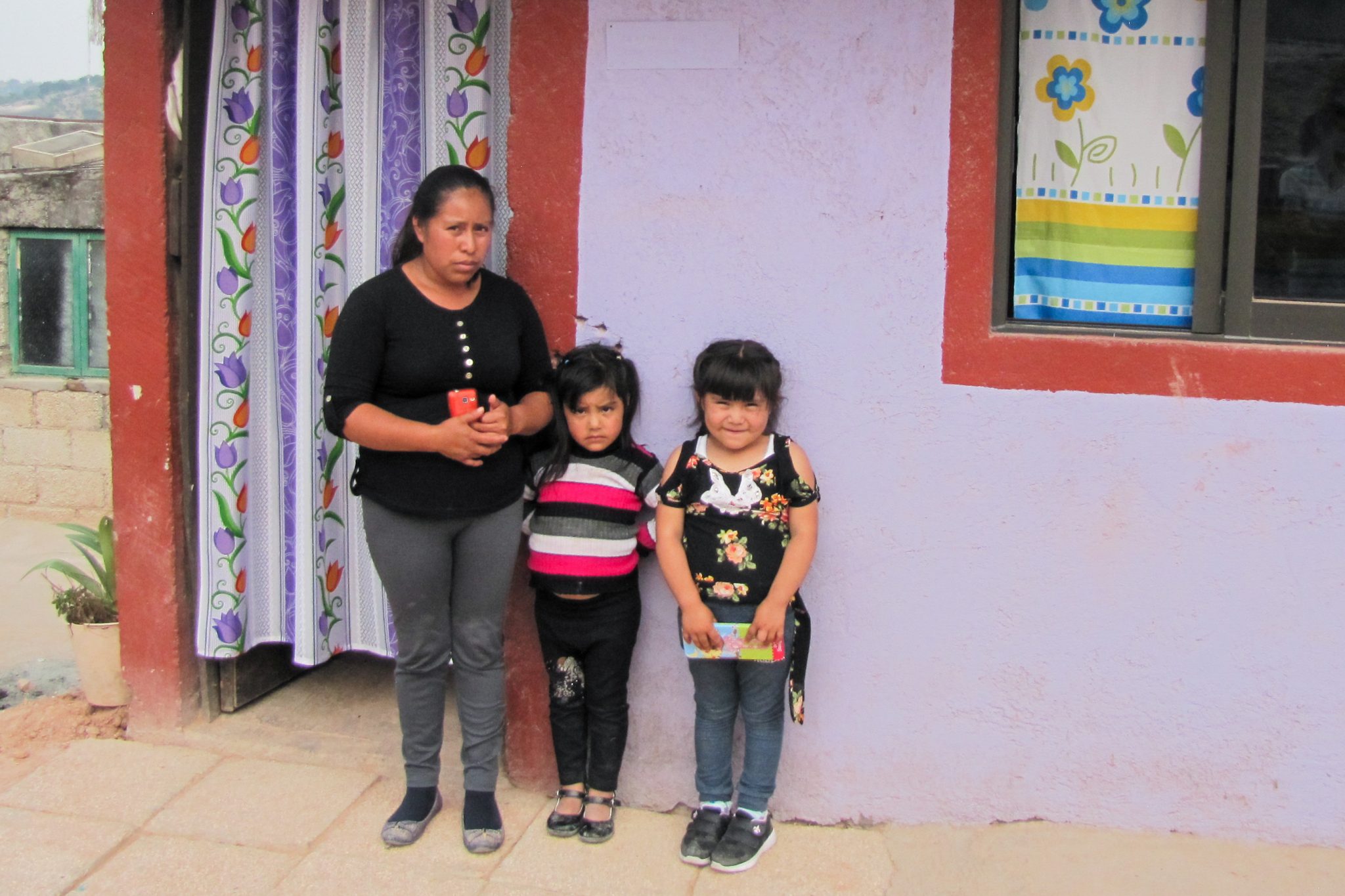 San José Tejulca, Puebla, Mexico—With only a very small water basin, the Ortiz family struggled to afford enough water for their daily needs. Because families in this village must pay for a truck to deliver clean water, having a large cistern means fewer deliveries and less expense. Just three months ago they began building a large cistern that would be able to store enough water for a week’s use.  However, during a tragic accident in the construction of the cistern, Silvia’s husband Christian lost his life. She was now left to raise her two small daughters alone, continuing to struggle to have enough clean water as the cistern was left unfinished. 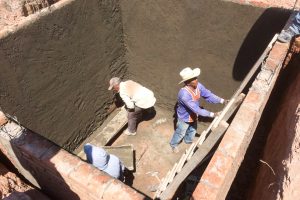 After her husband’s death, Silvia met a group of Christians who invited her to their weekly Bible study. She began attending, sharing about her recent loss and the needs she was facing. The Bible study group, a part of Oasis de Agua Viva Ministries, decided to finish what Silvia’s husband had started—they partnered with HOPE Coffee to build the Ortiz family a cistern that would store a week’s worth of water.

As the project was underway, the members and leaders of the Bible study shared about the love of Jesus with Silvia, her daughters and Silvia’s father. During the construction, the Ortiz’s neighbors also heard about Jesus and even received Bibles of their own!

Though the Ortiz family has faced devastation, they have been able to see a glimpse of the hope and restoration that Jesus gives. The new water cistern has met a critical need as they no longer worry about having enough water to get through the day. The family has seen the love of Jesus in action, causing Silvia and her father to have a growing interest in the gospel. They continue to attend the Bible study to learn more about Jesus!

Because you have chosen HOPE Coffee, you are part of God’s provision of water to a recent widow and her children. Pray that through this gift she might see the love of Jesus and receive the greatest gift—eternity with Him.

HOPE Partner Tip: Print this story to add to your Welcome Display Kit!